Join us at Osgoode Hall and the Great Library during the 2017 Doors Open Toronto. 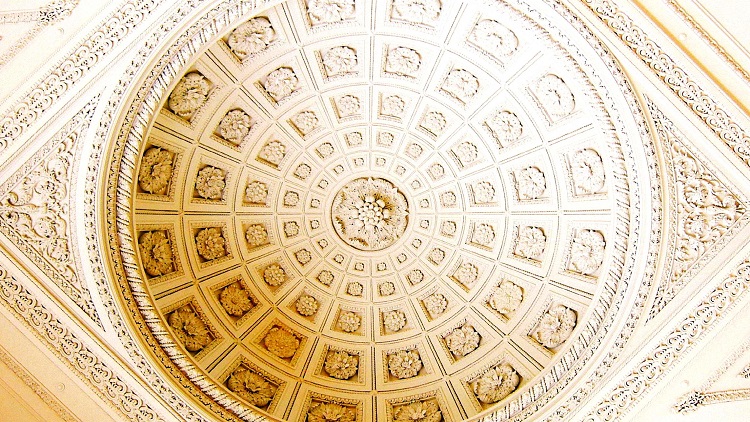 Join us at Osgoode Hall and the Great Library during the 2018 Doors Open Toronto. The event is an annual city-wide program that gives visitors access to architecturally or culturally significant buildings around Toronto. Each year, Law Society staff members and others volunteer greet visitors and share information about the historic building.

Roughly 13,300 visitors came to Osgoode Hall during the two-day event last year. We are one of Toronto’s top attractions. Did you know that visitors to Osgoode Hall can get their photo taken in robes in the courtrooms?

We asked Elise Brunet, curator of the Law Society of Ontario, about some of the questions visitors have asked over the years.

One visitor asked, “Which is older – the Great Library or the Parliamentary Library in Ottawa?”

It depends how you look at it. The holdings of the Library of Parliament go back to the legislative libraries of Upper and Lower Canada, which are older than Osgoode Hall’s collection (1826). On the other hand, they only came together in 1841, so in that way, the “Canadian” library is younger than the Great Library. From the architectural point of view, the Parliament Library building opened in 1876, while our Main Reading Room dates from about 1860, the American Room dates from about 1896 and the Reference Office dates from 1847.

Another visitor asked about the design in the limestone at the entrance to Osgoode Hall. The wormy looking carvings in the stone at the entrance are appropriately named vermiculation. They imitate the tracks made by worms (vermis means worm in Latin). This type of ornamentation is often used on the lower floor of a building to make it look more substantial than the upper floors, which are usually faced with smooth stone.

This year’s Doors Open Toronto takes place on Saturday and Sunday, May 26-27. Come early to avoid the crowds!